In history, we are studying the Cold War, and now be began to study one of the most important events of this war: The Berlin Blockade. Our teacher Lenny Ambrosini, asked us to develop the following activity, here is the TASK. 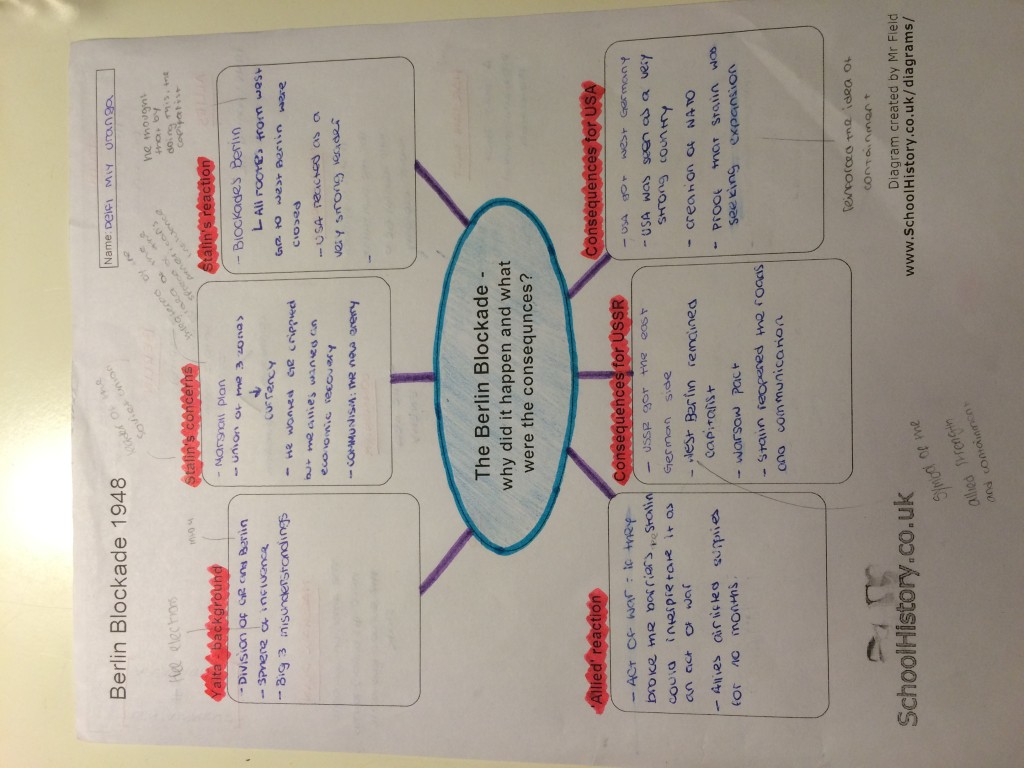 THIS ARE SOME NOTES THAT I TOOK DURING CLASS 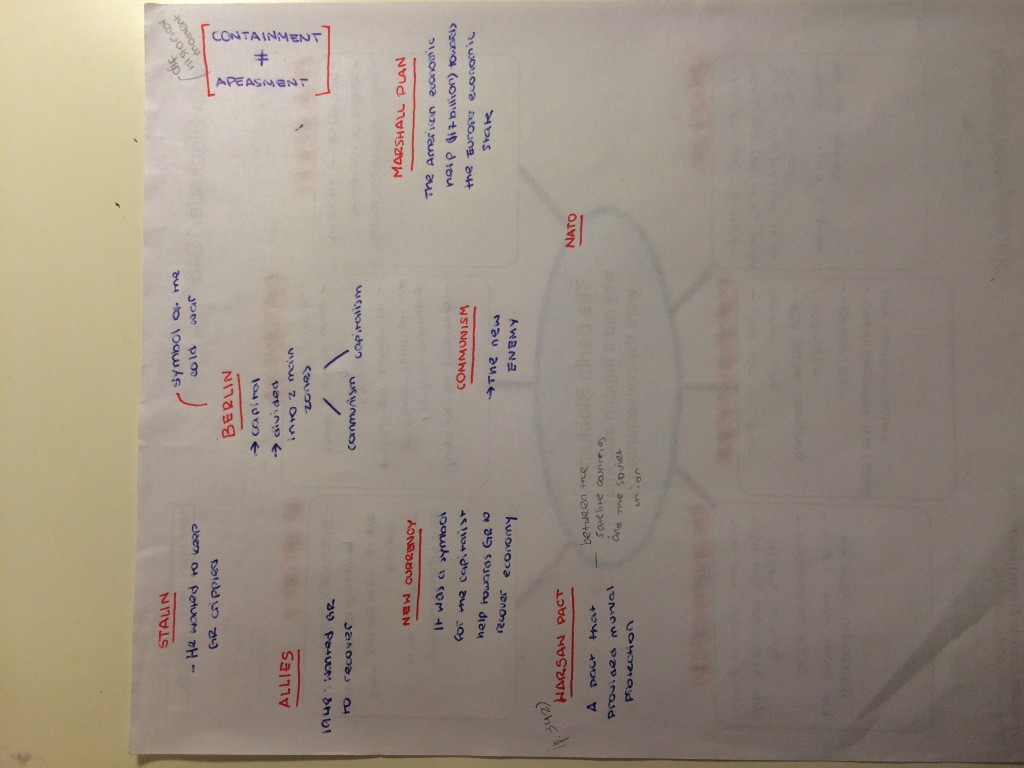 1. Life at Berlin was really difficult and harsh. After war they were devastated and the division of the zones made it even worse. There were two very different types of government leading one region, capitalism and communism, when they divide Berlin people were confused, scared an didn’t have any idea of what was going to happen or even what was happening on the other part of Berlin.

3. The allies introduced a new currency into West Berlin known as Bizonia, as a symbol for the capitalist union and help towards the German economic recovery. This was a problem for Stalin because from then onwards communism’s spread would stop.

4. The airlift was very important since it represented the growing power of the allies and also containment.

5. They were both to blame for the tension during the airlift since although they didn’t take actions and actually go to war, they still hated each other and both had very different aims as regards Germany. As for the communists, they wanted to keep Germany crippled so that she couldn’t recover and as for the allies they wanted the German’s economic recover. Moreover, Stalin blocked the routes that connected west and east Berlin as an attempt to force the allies out of Berlin, but he failed since they thought Stalin’s actions as a threat to the Western Berlin freedom.

6. Because after 10 months of supplies brought by plane, he came to the point of accepting that the allies won’t give up on West Berlin.

SOME VIDEOS TO UNDERSTAND BETTER THIS EVENT

Our Biology teacher, Male Ravagnan gave my group and I an activity to do on our blogs. The girls I had to work with were: Rocio Hartmann and Luz Garcia Fernandez. These were the tasks:

1) Construct a table to compare the characteristic features of animals, plants, fungi, protoctists and prokaryotes: number of cells, differences in the cell structure, nutrition. You can upload the activity as a PDF file on your blog.

2) Create an infographic showing the external features only of the following animals. Make it visual,  so choose any animal which represents the class. For e.g. from the class reptiles, snake.